Cisco Meraki Solutions is the only end to end Cloud Managed service in the market.
Dubai, United Arab Emirates 16 March 2018:
Syscom has partnered with Cisco to bring in a new product feature in the market called the ‘Cisco Meraki’.

This product was designed in the year 2006 by a team of entrepreneurs. In 2013, Cisco acquired the Meraki Product for a whopping sum of 1.2 billion dollars. This eventually became the 3rd largest acquisition of the company. The Meraki acquisition has resulted in a 100 percent year on year growth for the company. It is one of Cisco’s fastest growing portfolios. There are already tens of millions of devices connected with Meraki worldwide.

The Meraki is a leader in cloud-managed networking. It provides simple management of network for the customers by providing a simple access point. It has moved the controller on to the cloud, making it a part of the enterprise portfolio. Meraki is a completely cloud-managed solution. It includes wireless, switching, security, WAN optimization & MDM centrally managed over the web.

Generally, when customers get a higher number of access points, it increases the number of software updates and eventually leading to a very high resulting cost. For the Meraki products, the upgrades are included as a part of the license, built from ground-up for cloud management. This removes the frequent headaches of multiple upgrades. So with Meraki, one just buys the access point. A software headache Controller is eliminated as it’s managed by Cisco on the cloud.

Though the Meraki is cloud-based it is highly secure. No data traffic passes through the cloud. Only management data is transmitted. IT is HIPAA/CI compliant, increasing the efficiency greatly. It has a high availability with multiple data centers and absolutely no bottlenecks. It provides 99.9 uptime with the network functioning even if the connection is down. The network is highly manageable with very good scalability. It also accounts for huge cost savings which in turn increases the business revenues.

Meraki comes with three hardware components & one software component, the Meraki Wireless LAN (access points), Meraki MS Ethernet Switch, MX Security App and the Mobile Device Management software. Meraki manages all these in a single portal making it easier for overall project execution. Data stays on the system with only management data passed on to the cloud, making it highly secure.

Syscom Distributions offers Data storage management, Infrastructure, Security, Storage, Networking, Telecom and Wireless among others maintain a strong emphasis on technologies and solutions which are tailored to key verticals like finance & banking, government, oil & gas, healthcare, hospitality, education, aviation among others. The company regularly identifies and introduces to the market, technology solutions which help meet the specific IT needs of the region.

Over the years, the company has emerged as a strong and certified channel partner for global giants like Avaya, HP, Cisco, Sonic Wall, Cambium Networks, and many others. The company’s operation has successfully extended beyond the Middle East into the African countries and the Asian subcontinent.

Syscom inclined to move the needle towards hyperscale security solutions with Fortinet – 2020 November 19, 2020

Many industries have embraced hyperscale computing to address a variety of different use cases. For...

Object Detection Technology: The Next Big Thing May 15, 2019 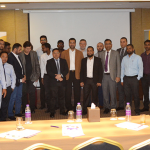 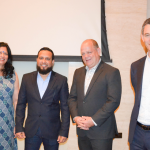